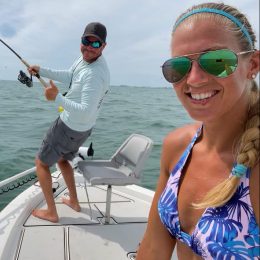 For the first time in its 91 year history husband and wife will go head to head in this year’s Fish-Off to claim bragging rights and the honor of having their name engraved on the tournament’s historic trophy.

Tom Kane, the winner of the 89th Sarasota Tarpon Tournament, will compete for his second consecutive tournament win against his wife Kitty Kane in this years Annual Fish Off.

Kitty Kane won the Week Five competition with an overall tournament leading ‘largest catch’ that measured in at 41.5 inches, Tom Kane, her husband, was the Week Four Winner with a catch measuring 38 inches. 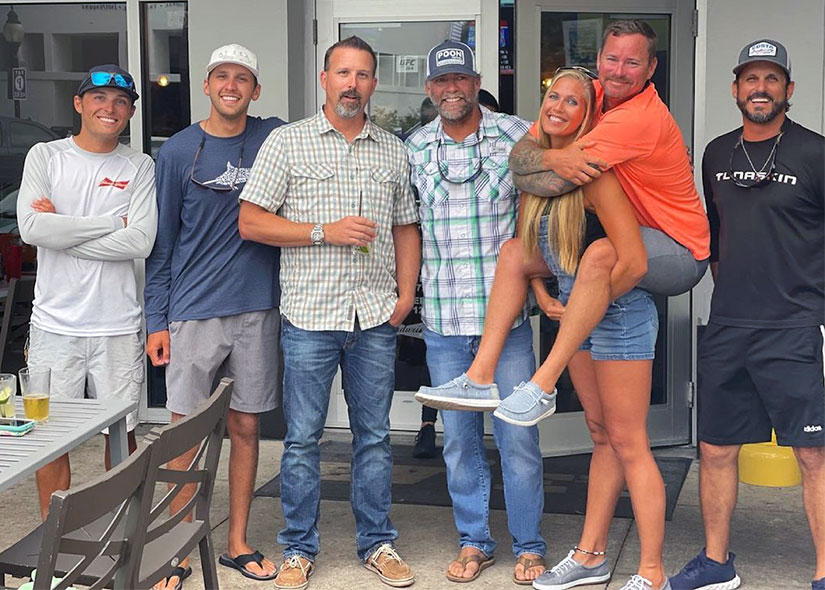 This years Fish-Off participants are fired up, and ready to go!

Tom and Kitty will be joined by the three other weekly winners which includes Joe Peters, the week 1 winner, Jim Lopez, week 2’s winner, and Dawson Day, the week three winner along with Joe Kayden and Wyatt Rogers, who together round out the field of seven anglers participating in this years Fish-Off. All seven will be vying for this years title and the honor of having their name inscribed on the tournament’s historic trophy